I do feel a little inadequate to speak with the same authority as they will I’m sure later on these issues. And, even more so this morning after two Christmas parties in the last two nights.

One of the burdens of being in Coalition is having a Nats Christmas party and a joint party party. So that means two late nights and two nights of impromptu late-night Karoke. So please excuse me if my voice is a little dusty this morning.

To keep the musical theme going, the great thing I like about this book is that Professor Clark and Dr Thomson don’t think our energy answers are “Blowin’ in the Wind”. They make the strong but not often enough repeated point that “Technological and economic developments may one day allow us to prosper using energy derived from renewable sources … But on the basis of current technologies and patterns of economic activity, that day is a long way off.”

While this book is heavily focused on the future, it does also make the point about our past: that we as humankind have only finally broken the Malthusiasn trap through the use of abundant sources of cheap fossil fuels. It is simple if we did not have cheap energy we would have cheap wages, and probably couldn’t afford to employ Chief Scientists and Professors to think deeply about deep issues, because unless we had cheap energy, we would need them in the fields growing food.

I looked at some research done in the US recently which showed that it takes about 100kg of oil equivalent to produce a tonne of wheat. That is, 4 gigajoules in the metric measurements we use here but what does 4GJ mean?

This amount of energy is all of the energy inputs required to produce that tonne of wheat, and different sources of energy have different prices.

It includes the natural gas used to make urea (about $5 to $10/GJ), the diesel used in tractors and harvesters ($30/GJ) and the electricity used to pump water for irrigation ($60/GJ).

Based on estimates of the relative components of these sources of energy in the production of grains, the 4GJ it takes to produce a tonne of wheat costs about $80/ tonne.

So energy security is not just about kilowatts it is about kilojoules as well. If we want secure food supplies we need secure energy supplies.

And the points the book makes about Australia’s exposure to energy supply disruption are powerful ones and bear repeating. In particular that we do not meet the International Energy Agency obligation to hold 90 days worth of net oil imports. That as at March this year we held only 26 days of crude oil and refinery feedstock; 20 days of automotive gasoline and 16 days worth of automotive diesel.

It is for the reasons outlined in this book that the Senate has established an inquiry into Australia's transport energy resilience and sustainability. The work that has been compiled in this book will be a great resource for that inquiry.

I am not going to foreshadow too much the work of that inquiry here today but I just want to make two points about some of the policy issues raised by the book.

First, the book outlines clearly the engineering and economic challenges associated with converting a proportion of Australia’s 87,000 heavy articulated trucks to LNG or CNG. The book sensibly outlines that there are no free lunches here and there is a benefit-cost assessment needed on all of the potential options.

While energy security objectives might mean that governments should think seriously about investing in alternative fuel options, that must always be weighed up against the costs and benefits of doing so. For example, I think chapter 6 in the book makes the very sensible observation that the best way to improve our fuel security for defence considerations is to boost the resilience of Australia’s civil fuel supply infrastructure.

Larger investments in a gas solution to our energy security issues are obviously going to be difficult in the current budget situation. But even within that situation I don’t think budgetary issues are the biggest barrier to a gas conversion of our trucking fleet.

The biggest barrier is the high price of gas. That is clearly shown by the fact that the only place in the world where such a gas conversion is happening on a wide scale is in North America where the price of gas is low.

What is the difference between North America and Australia? We both have abundant supplies of gas but in the US landowners generally own the gas and get a good return on it. There is a community based constituency for gas development because they get a big cheque from big gas companies.

In Australia, the state owns the gas. We have adopted a Communist economic structure for our gas industry and we are getting a Communist outcome: the manufacturing equivalent of Soviet bread queues with a shortage of gas emerging over the next decade.

If we want to get anything like the outcomes we have seen in North America we need less government involvement, not more. We need to remove the dead hand of the state and promote more private decision making. To do that we need to strengthen private incentives faced by both businesses and landowners. If we can do that entrepreneurship and innovation will follow.

We are not going to return gas to landowners in Australia but we must work out ways to give them a better return and more control over what happens on their land. In some parts of western Queensland that is happening and it has helped build support for the industry. I only hope for the sake of the country New South Wales follows suit.

Finally, I just want to say that having worked at the Productivity Commission I know the policy impact of a good report and a good book. When I was at the Commission we always wondered wither people actually read our weighty tomes or just used them as doorstops.

In one of my first weeks in politics I went up to St George with Barnaby Joyce to meet cotton growers. The PC had just released a report on the Murray-Darling and many of the growers had clearly read the whole thing. I was impressed.

A couple of weeks later Barnaby was giving a speech in Sydney, and told them that farmers aren’t stupid. That even I was surprised that farmers actually read Productivity Commission reports. Barnaby then said in a self-deprecating rhetorical flourish that he doesn’t get time to read them, that he just uses them for “toilet paper”.

I can honestly say that this book meets the toilet paper test. It will be read. It will make a great contribution to our energy policy debate and I commend the authors for taking the time and energy to bring together so many experts on such an important subject.

Thanks again to Dr Thomson and Professor Clark for having me here to launch the book. All the best with the project and congratulations again.

Thank you and Merry Christmas. 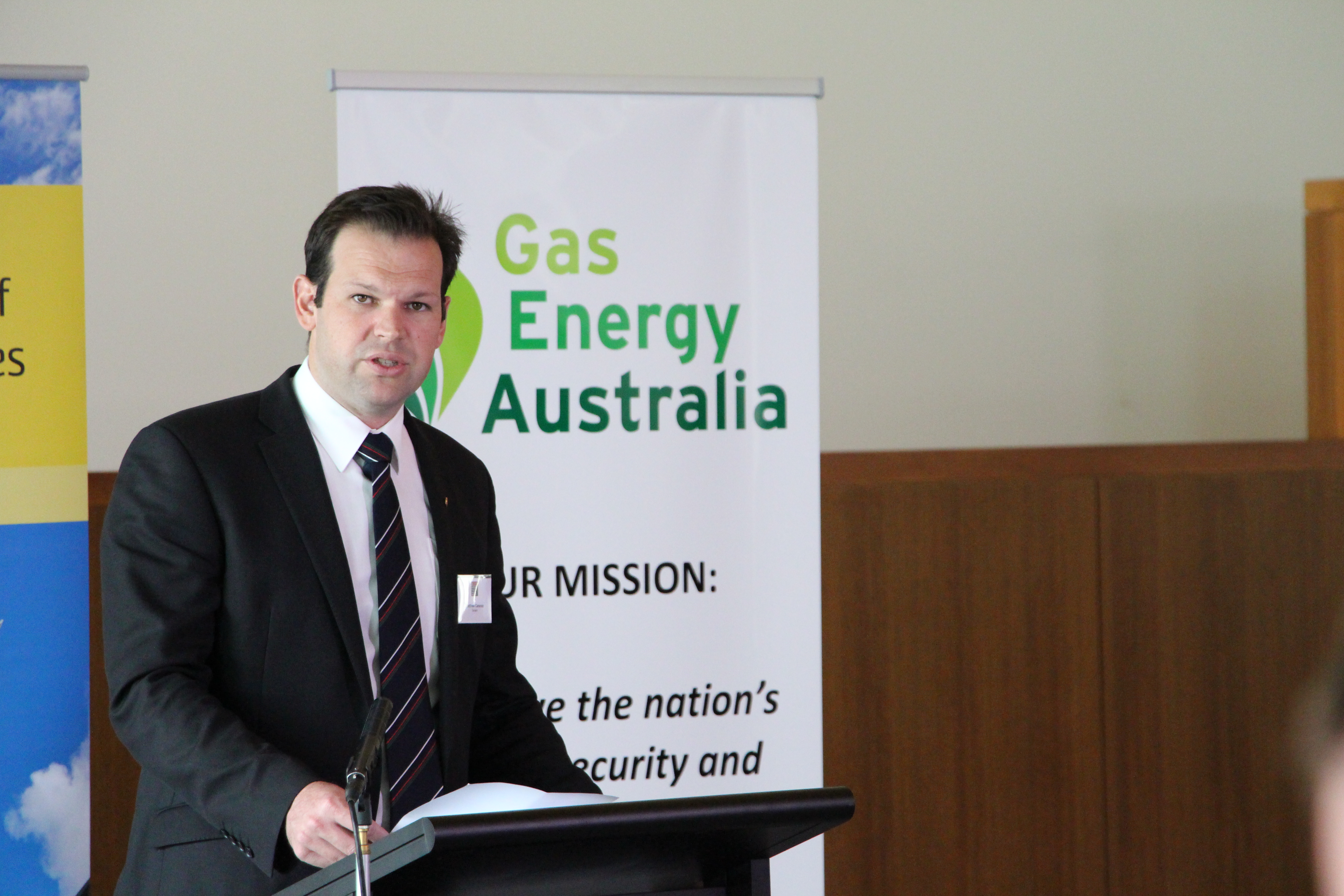 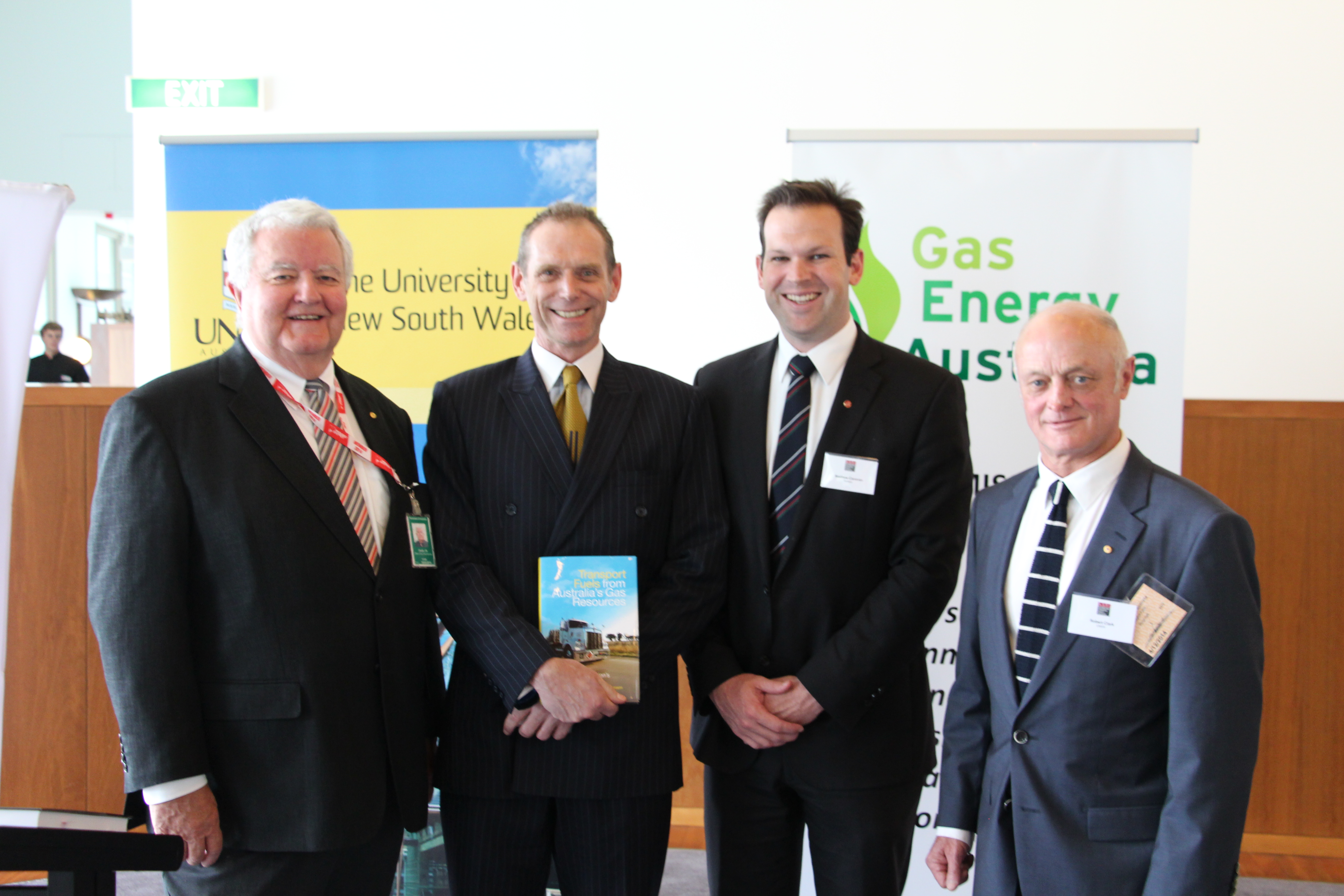