Barnaby Joyce leaves as Nationals leader with a long list of accomplishments. As leader and before, he helped pull the Nationals back from the grave. Just a decade ago it was commonly accepted that the Nats would have to merge with the Libs to survive. Within a decade the Nats helped save a Coalition government from a first term defeat, in part due to Barnaby's strong leadership.

Barnaby has more courage than most. He often took up arguments or causes that many seasoned politicians, or advisers, would caution as being "too courageous". Barnaby often defied their warnings and proved that courage is an essential ingredient towards the recipe of success.

He did so to protect the interests of working people and small businesses in the bush. People who did not have a voice and often worked with very little, asked for less and struggled through drought, flood and price changes.

He fearlessly defended the wealth-producing industries of Australia, such as farming, mining, forestry, fishing and manufacturing. Our wealth-producing industries find themselves under a coordinated and undue attack by the many, who ironically owe their comfortable 21st century existence to the comparable few who work in the sun and subject their fortunes to the whims of international markets and finance.

I am sure Barnaby will continue that fight, as will the Nationals party. Now more than ever there is a need for a party to fight for those who produce the wealth that maintains our prosperity and builds our future.

It is true that I consider Barnaby a mate. None of my mates are perfect, nor am I. Barnaby has made mistakes but I am sure he will recover, learn and be a better person from them. He now has a new partner and a new child to care for and that is much more important than any of his achievements in public life.

I also express my regret about the impact this has had on Natalie and Barnaby's four daughters. They are a beautiful family. Nat is a remarkable woman of strength, character and good cheer. All of their girls are bright, vivacious and full of life. I am sure they will thrive beyond these difficult times.

The Nationals party is at its strongest when we work together as a team. I look forward to our Nationals team continuing to fight and deliver for the people of regional and rural Australia. 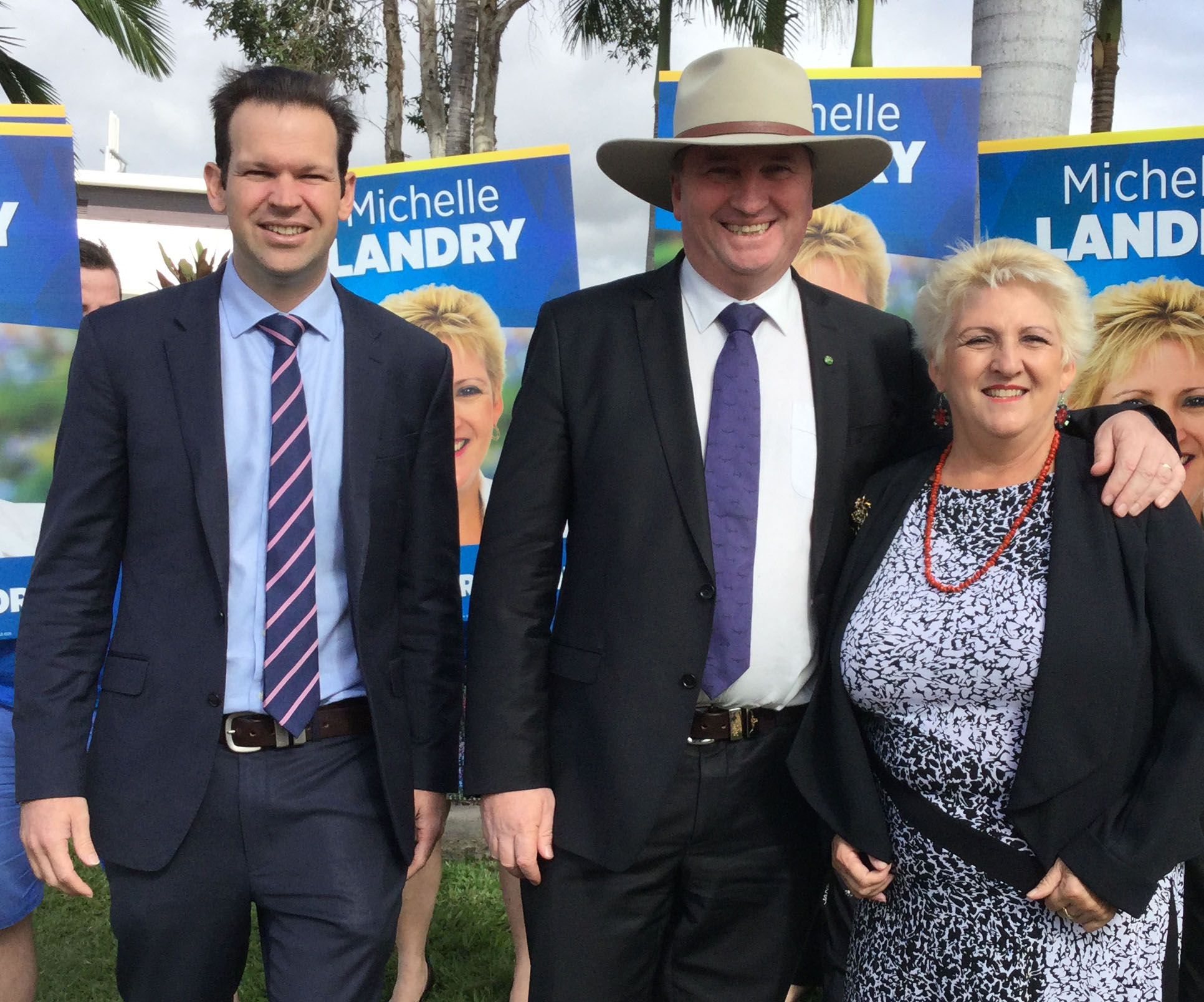