Coalition Senators Matt Canavan and James McGrath have given their support for construction of more infrastructure in the Gulf region of north-west Queensland at the opening of new Gulf Savannah Development Inc. offices in Normanton.

The Senators have held a number of discussions with members of Gulf Savannah Development Inc. (GSD) and other primary producers and business operators in the region this week.

With Agriculture Minister Barnaby Joyce, the two Senators have inspected proposed irrigation projects in the Gilbert and Flinders catchments and taken part in the opening ceremony for new GSD offices in Normanton on Tuesday. They are also visiting Karumba, Croydon, Georgetown and the Atherton Tableland.

“The Gulf has so many opportunities,” Senator Canavan said. “This region is truly the frontier of Australia and the people who work here are Australia’s modern pioneers.

“They deserve the full support of our nation to create more jobs and build stronger communities, and in turn deliver real wealth back to the rest of Australia,” he said.

Senator McGrath said: "It's great to be in the Gulf because up here you get a sense of the massive opportunities available in this great state.

"That's why the Coalition is putting together an agenda for Northern Australia and we need organisations like Gulf Savannah Development to bring good ideas to Canberra."

The Senators echoed comments in a statement by Deputy Prime Minister and Minister for Infrastructure and Regional Development, Warren Truss, that Gulf Savannah Development had been a driving force behind a number of game-changing projects, including the Bib Loudon Bridge, the Gilbert River Agricultural precinct and the Savannah Way tourist organisation.

They said other projects were also in the pipeline, including a new commercial fishing operation on Mornington Island, the installation of free Wi-Fi hotspots in each community, and strategies to attract private investment to the Gulf to help local industries secure a productive future for the region.

“We will be continuing talks with the GSD, councils and businesses in the region ahead of the release of the white paper, the policy paper, on Northern Australia next year,” they said.

“This region warrants support for construction of vital infrastructure to assist its continued development, which will in turn benefit the entire nation through increased economic returns.” 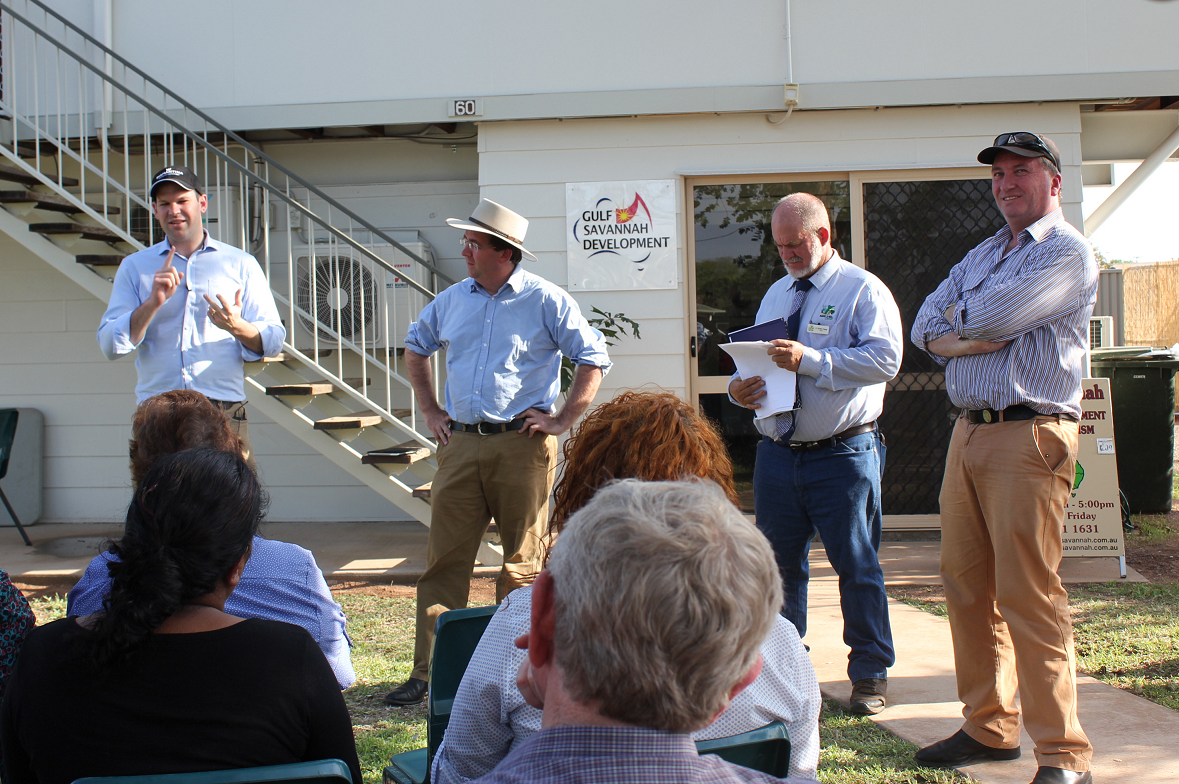