Federal MPs and farmers fear the Queensland Labor government’s push to reinstate old tree clearing laws will kill off business and jobs – and potentially destroy up to $2 billion worth of rural production in the state.

One Central Queensland farming family today said Labor’s legislation would wipe $3.3 million alone off the value of their cattle and meat export operations.

Federal Member for Capricornia Michelle Landry and Rockhampton-based Minister for Resources and Northern Australia Matt Canavan said a return to the old ALP vegetation laws was akin to re-opening a worm hole in outer space.

“It will be catastrophic. It will suck the life out of the agricultural sector across Queensland and prevent the industry from expanding to meet future food and fibre demands in Australia, Asia and the rest of the world,” Senator Canavan said.

“This state government – led by Annastacia Palaszczuk - is an anti-farming government which is once again throwing our farmers onto the manure heap in order to appease Green voters who threaten Labor’s inner-city Brisbane seats.”

Senator Canavan addressed the Senate in Canberra today and said farmers have told him that reinstating the laws would effectively lock them out of up to 1.7 billion hectares of developed farm land across Queensland - wiping at least $1.7 billion annually off rural productivity in the state.

Labor’s controversial vegetation management laws were first axed in 2013 by the LNP state government. But the current Labor cabinet in Brisbane wants to bring them back.

“It’s like re-opening a worm hole that will swallow up the future of our farming sector,” Ms Landry said.

“Central Qld Labor MPs like Brittany Lauga and Barry O’Rourke should hang their heads in shame for backing these laws over local businesses and family jobs in their own backyards.

“These laws threaten the viability of our region’s crown as the nation’s beef capital. They will rob farmers of their livelihoods and put families in country towns out of work.  Already we’re hearing that it’ll cost some producers millions of dollars in lost production and revenue,” Ms Landry said.

Blair and Josie Angus are cattle producers and directors of a beef export company in the Clermont and Moranbah district.

They say the state legislation would stop them from using 10 per cent of their developed country – negatively affecting their balance sheets to the tune of $3.3 million due to lost production.

“It is so unfair for every farmer in Queensland. In our case we have 17 percent of our land holding developed. But the state government has decided that 10 percent of that is now high value-regrowth. Which means we can’t maintain it and will have to sit back and watch it being overtaken by regrowth and become less productive,” Mr Angus said.

“Imagine if you got state planning approval to build a block of units in the city, and ran it as a business and employed local people in the process. Then suddenly after 10 years the state government told you that you had to demolish the entire building for no good reason. Suddenly, you have no business. That is what the state government is effectively telling farmers to do to their developed and most productive country.”

The couple joined a farmers rally at the CQ cattle selling complex near Rockhampton this morning to protest against the Labor laws.

Mrs Angus said the vegetation laws could potentially wipe out eight per cent of the state’s agricultural and food supply chain – as well as hitting the beef industry hard in Central Queensland.

“It will affect families who rely on jobs in these sectors. The unions that support the state government have to realise that thousands of workers will probably be out of work because of their own Labor government policy,” she said.

Mr Angus said people living in cities like Brisbane and Rockhampton will have to face up to higher food prices as a result.

He also warned that the jobs of thousands of meat workers in local abattoirs would be at risk if the vegetation laws caused a decline in cattle production.

“It is that serious. The impact of these laws will be catastrophic and widespread. It won’t just hurt the farmers. It will affect consumers in Brisbane and in regional cities like Rockhampton, Townsville and Cairns,” Mr Angus said. 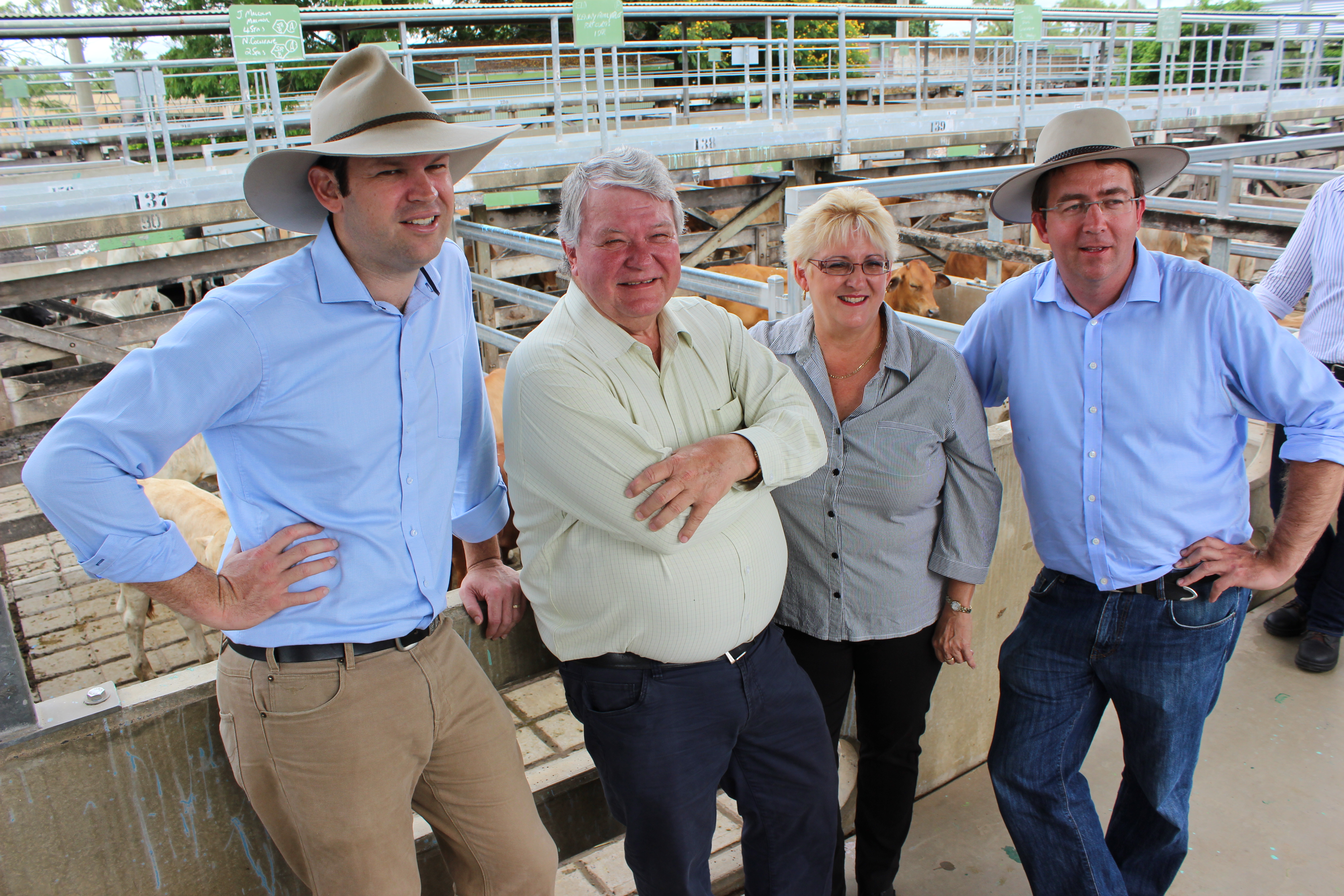