The announcement that Quilpie, Boulia and Carpentaria shires are now eligible for federal drought funding has been welcomed by Queensland Senator Matt Canavan.

“I have argued in particular that Quilpie should have been added to the list,” Senator Canavan said today. “This decision recognises the fact conditions in Quilpie should have made it eligible for funding under the Federal Government’s $35-million Drought Communities Program (DCP), despite receiving marginally more rain than the eligibility criteria allow for.

“I argued strongly that the only reason Quilpie had missed out is because the rainfall data is incomplete in Quilpie and it was affected by a storm event in February 2014 that did more damage than good. Without that storm, Quilpie would have been eligible without question.

Deputy Prime Minister and Minister for Infrastructure and Regional Development Warren Truss announced today that Quilpie, Boulia and Carpentaria Shire Councils have been added to the list of local government areas eligible to apply for funding through the Drought Communities Programme.

Senator Canavan last month presented Mr Truss with a report, compiled with Gregory MLA Lachlan Millar, that he said at the time demonstrated Quilpie had been just as affected by the current drought as other areas already declared under the DCP.

“Quilpie Mayor Stuart McKenzie and Lachlan Millar came to Canberra to point out to me the injustice of Quilpie missing out. They have both been lobbying hard for Quilpie’s inclusion in the Drought Communities Programme, and this is a great result for Quilpie, Boulia and Carpentaria Shires.

“Eligibility for DCP funding is a great Christmas present for the people of these three shires,” Senator Canavan said. “But the gift I really want to see for farming families throughout Queensland is good soaking rain.” 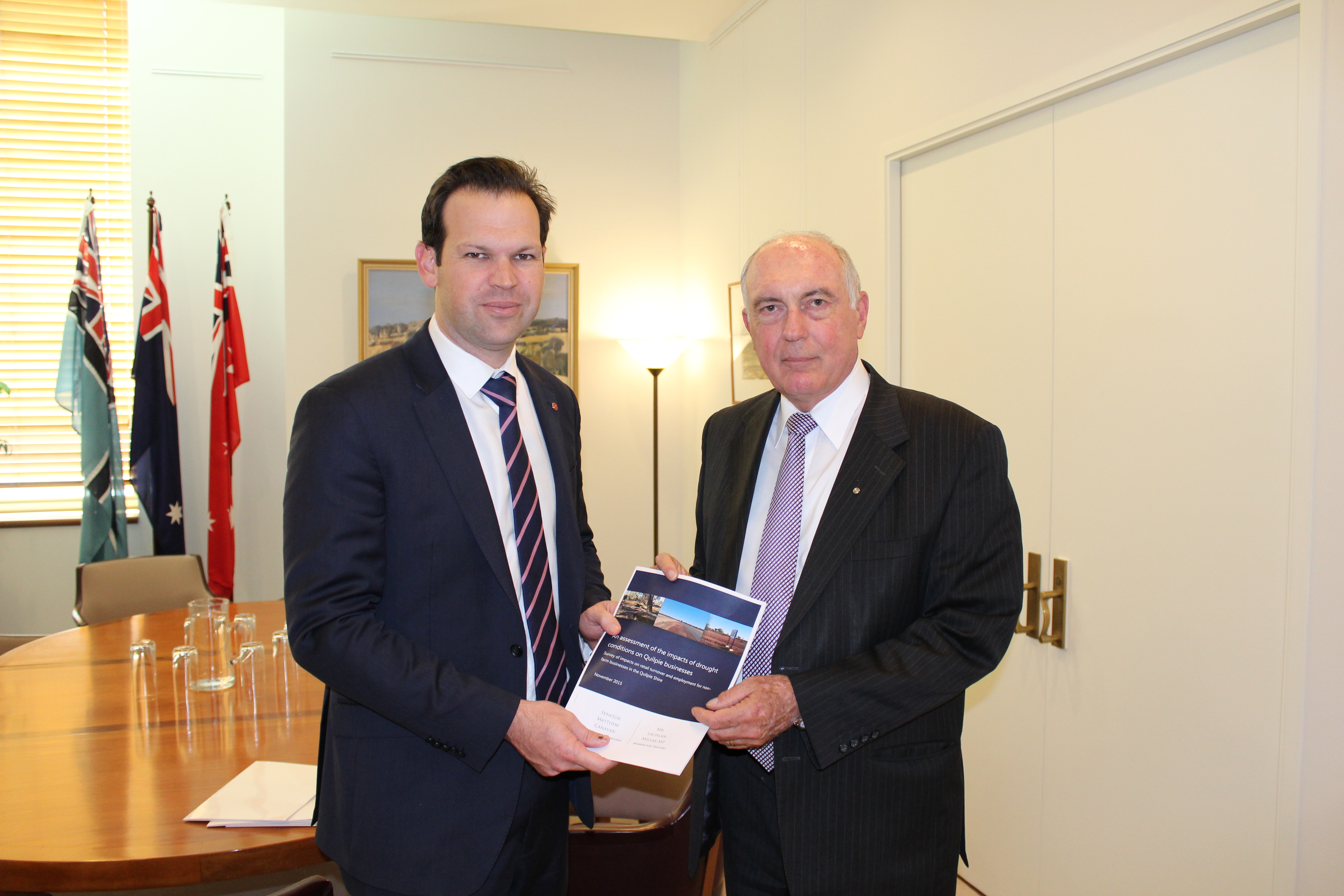