Maintaining public rescue services is best achieved through a shared financial effort between governments and private industry, according to central Queensland MPs.

Half the cost of the new facility – to be officially opened in the near future – was funded through a $2.3 million grant obtained from the Turnbull-Joyce government after Ms Landry lobbied hard for a contribution from Canberra.

Ms Landry said while the federal government assisted in construction of the new hangar, the LNG company provided $420,000 to assist with day to day operational costs of the rescue service.

“Central Queenslanders know how vital this rescue helicopter is and its fantastic to see companies like ConocoPhillips and the Federal Government contributing to its strong future,” she said.

“The chopper and its crew are so often the difference between life and death for people who find their way to trouble.

“Whether you are in the bush on a station or a mine, or on the seas in a trawler, it is very reassuring to know that air support is there, should we find ourselves in harm’s way.

“That’s why I was so proud to have been successful in securing $2.3 million for the magnificent upgrades we will soon see unveiled and I look forward working with the Capricorn Rescue Helicopter to help keep CQ safe,” Ms Landry said.

Senator Canavan said the chopper rescue service showcases how joint government and private funding can achieve a lot for the community.

“When governments and big industry each contribute their fair share financially, it provides a big boost to organisations like the Capricorn Rescue Helicopter service, which is vital to our region,” Senator Canavan said.

“As Minister for Resources I’d continue to encourage resource companies to get involved in helping our community in similar ways,” the Rockhampton-based Senator said.

“The new hangar is a major improvement to the efficiency of the rescue service and owes much to Michelle Landry for passionately lobbying Canberra for its $2.3 million contribution.”

Ms King said ConocoPhillips was proud to help the chopper service which would in turn play a vital role in administering assistance should an incident occurred in the LNG industry. 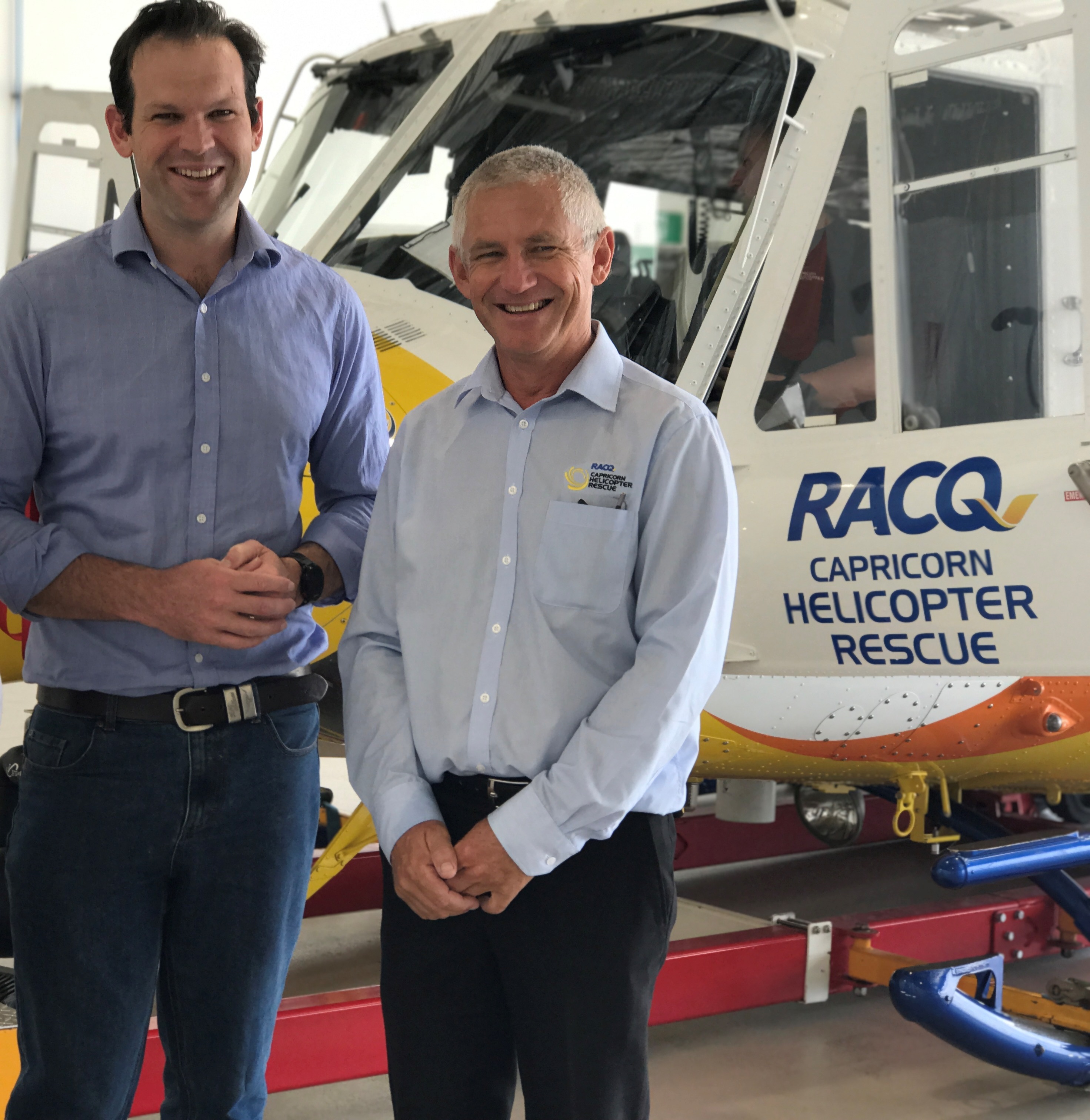