A century of farming the same property was recognised today for the Hoare family at “Chocolate Hills” near Dingo in Central Queensland.

Minister for Resources and Northern Australia Matt Canavan and Member for Flynn Ken O’Dowd presented owner Stuart Hoare with a certificate to mark the milestone.

Eighty-year-old Mr Hoare still manages the property, about 130km west of Rockhampton, which was pioneered by his father Alfred in 1916.

The certificate was the first to be presented to a Queensland farm under the Australian Century Farm and Station Awards scheme (ACFSA).

Senator Canavan said Queensland’s pioneering families were responsible for making the state ‘what it is today’ and deserved recognition for their hard work.

“These days keeping the farm in the same family for over 100 years is a major milestone when you consider the impact of severe drought and harsh seasonal and economic factors rural families face,” Senator Canavan said.

“Agriculture is one of the backbones of country Queensland and I congratulate the Hoare family at Chocolate Hills and the many other families across the state who have reached a century on their properties as well.”

Mr O’Dowd also congratulated the family and thanked them for their community contribution.

“It’s exciting to mark this occasion with the Hoare family who has long been great and generous contributors to the Dingo community,” Mr O’Dowd said.

“Chocolate Hills lies between Duaringa and Dingo and it’s remarkable that it is among many local properties to remain in the same family for so long.”

When Alfred Hoare set up Chocolate Hills in 1916 it became home to his wife Alice and family of seven children. Six of Alfred’s children attended today’s ceremony including Stuart and his brothers Alan, Charles and Ray and sisters Edna (Lewis) and Thelma (Pritchard). Their other brother Eric died tragically in 1990.

Today’s certificate, and a subsequent plaque to be mounted at Chocolate Hills, was arranged by the Australian Century Farm and Station Awards (ACFSA) – an independent group that encourages Australia’s rural families to apply for an award to mark 100 years on their property.

For more information on how to have your family property recognised for a century or more of continual ownership visit the ACFSA’s website: http://centuryfarms.org.au/ 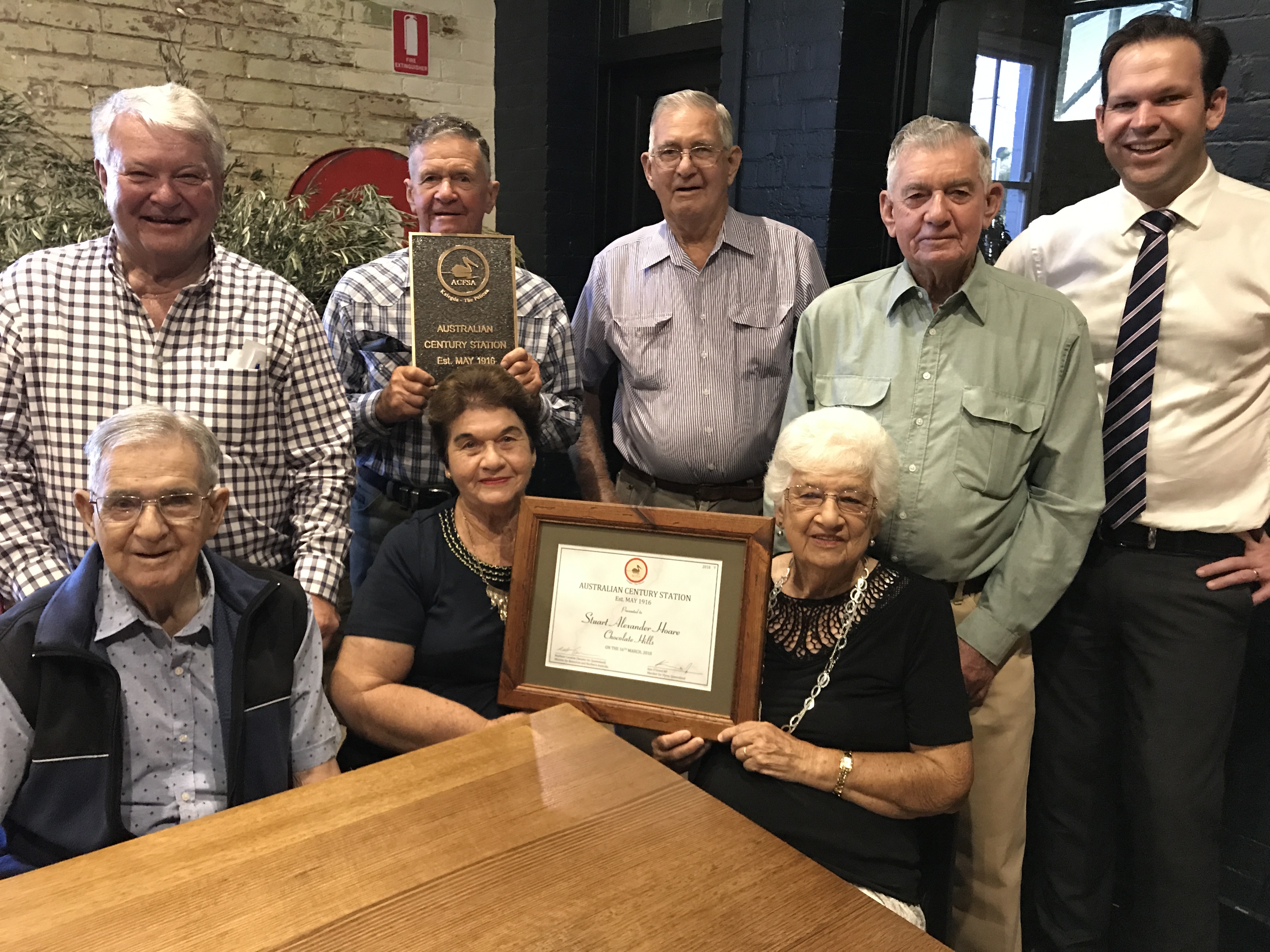