“It’s great to see strong demand and good prices for cattle, including stud cattle,” Senator Canavan said. “For example, the fact that people are looking for good bulls to help with building up herds again is a positive sign for the future.

“I attended the Friday sales at Gracemere in Rockhampton recently and was pleased to see the buyer competition for CQ cattle. It really gave producers something to smile about.

“Just last week, the first bull sales for the year in Charters Towers saw a 100% clearance of the more than 200 bulls on offer, with average prices for Brahman bulls up almost a third compared with the same sale last year to nearly $6,000 per bull. The top price of $62,500 was the highest price for a bull anywhere in northern Australia since 2007.

“That’s a good news story and not just for the people directly involved in the cattle industry but also the broader Queensland economy.

“A prosperous cattle industry supports a network of infrastructure and businesses that delivers vital income and jobs for the entire State. The industry is also nationally significant because it ultimately produces billions of dollars’ worth of beef exports every year. The flow-on effect of that production creates tens of thousands of jobs in Australia.

“Prices are up, rain is falling, a drop in the Australian dollar means our meat is even more competitive on the world market, tariff cuts are making Australian beef cheaper in Japan, and international demand for beef is strong,” he said.

“Thanks to the cattle producers who have hung in through some really tough times, the rebounding beef industry is going to boost income and jobs throughout regional Queensland.”

Senator Canavan delivered a speech in the Senate last night, in which he highlighted the fact that rising prices for agricultural products were a necessary prerequisite for infrastructure investment in regional areas.

“There is much more to do here and the Coalition Government has a lot more plans to make sure we have a stronger agricultural sector in this country,” he said.

“Getting prices up was a prerequisite, because if prices had not increased we could not make any more investments in agriculture. No-one would be willing to do that if prices were at record lows. If cattle prices stayed low, we would not have any need to invest in dams or new ports or rail lines, because there would be no need to use that infrastructure with prices so low.

“So, those prices are up now and we can take the next step and make further investments in infrastructure.

“That is why I am very happy that last week the Nationals had our first party room meeting for the year. We had it in Wodonga on the Murray. At that meeting, we discussed a number of things that we think we need to do for regional Australia.

“Two of the four priorities we chose are more investment in regional Australia, one of which is to create some real funding to build dams in this country and the other is to introduce stronger competition laws to protect farmers and small businesses from the large supermarket chains. Both of those things can help give a further shot in the arm to our farming sector.” 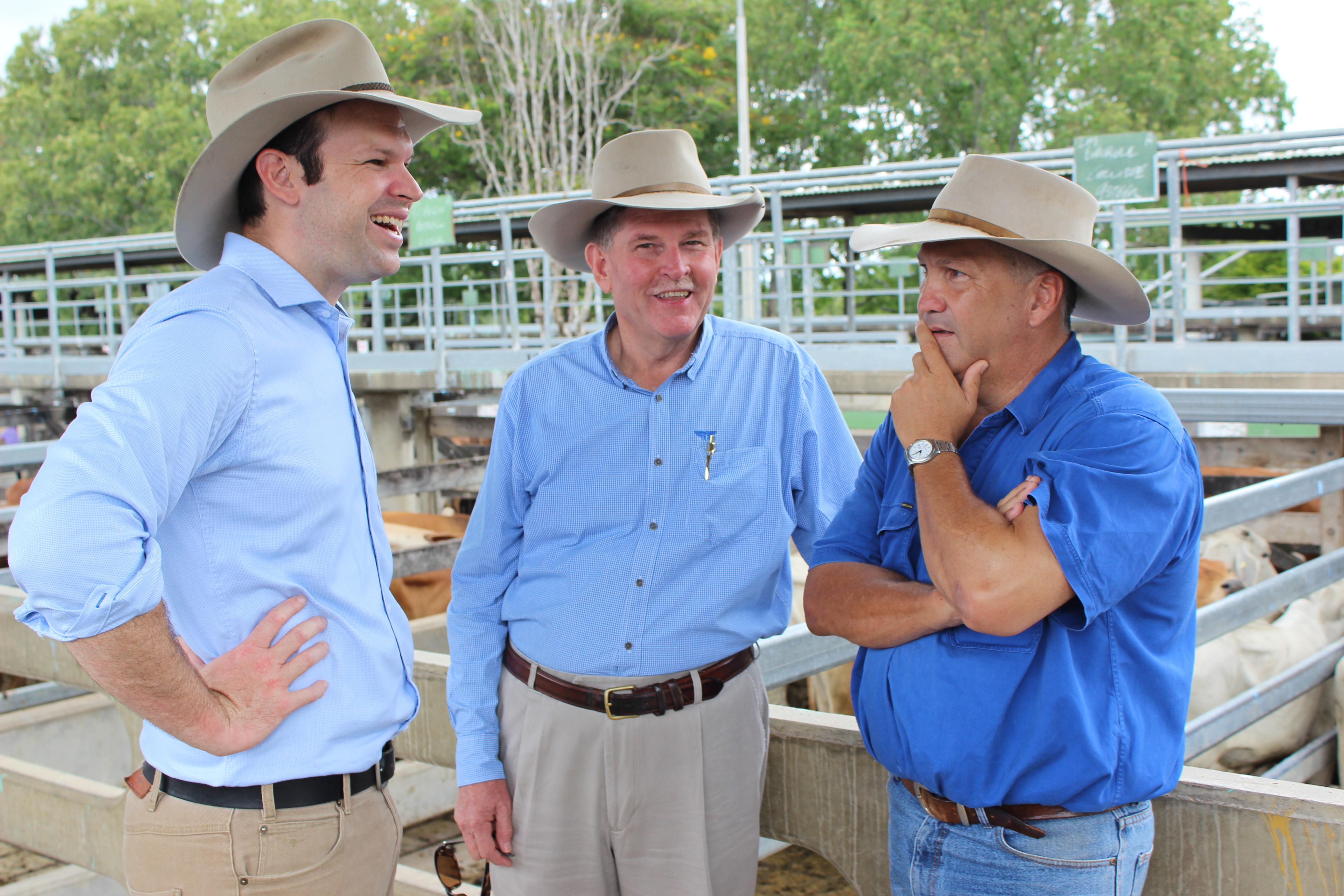